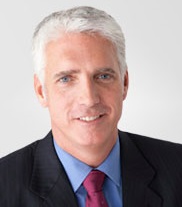 Scott is the Chief Executive Officer at Transurban, having joined the organisation in 2012 from Lend Lease, where he was Group Chief Operating Officer. Prior to this, Scott held several senior appointments across a range of infrastructure and financial institutions, including as CFO of Leighton Holdings (2007-2009) and as a Managing Director of Deutsche Bank (1995-2003).

He is Deputy Chairman of Infrastructure Partnerships Australia, and a member of the Monash Industry Council of Advisors and the Business Council of Australia.